Official Electric Partner Of U Mumba 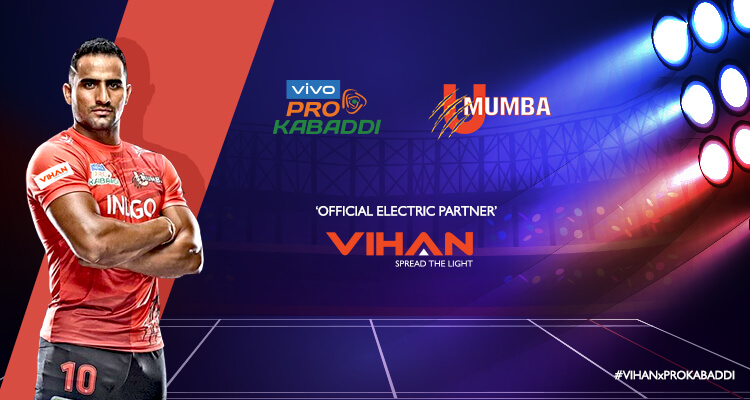 Vihan is the official electric partner of "U Mumba"

Kabaddi is one of the oldest sports in India. It marked its origin around 4000 years ago, in the epic tale of Mahabharata. Kabaddi is becoming the most sought after sport after cricket and football in India.

The Pro Kabaddi League (PKL), the second most popular sports league in the country. There are 12 teams fighting for the crown.

Today,Vihan is proud to be associated with this highly respected ancient sport through Vivo Pro Kabaddi. We are the official electric partner of U Mumba. U Mumba represents the city of Mumbai in the Pro Kabaddi league.

Entering into the world of sports, Vihan is ready for all its future endeavours. Keep watching this space for highlights as the game proceeds!

Participate in our contest on Facebook and Instagram, and stand a chance to win Mumbai match tickets or Vivo Pro Kabaddi League merchandize.